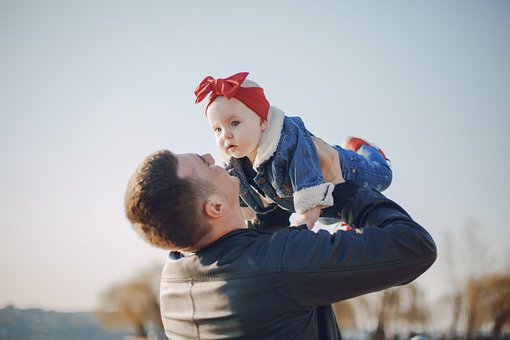 Fathers Day is the best time to reflect on how very important fathers are. We all know how much boys want their fathers, but what about women? Do they need their dads as much as boys do? Can mothers offer everything a girl needs, or is there something very special that only a father can provide?

Fathers are vital to their daughters. How a woman feels about herself is very much dependent on how she was treated by her father as she was growing up. Without a father’s unconditional love, girls can grow up to possess low self-esteem and low self-image. The lack of a father’s love can leave a girl with serious self-worth difficulties, especially if she perceives that her father abandoned her. Girls who’ve grown up without a father’s love can subconsciously crave male attention and seek to fill this void in unhealthy ways. Feeling ‘not good enough’ for a good loving relationship with a guy, they’re vulnerable to becoming involved in abusive relationships or becoming promiscuous. They’re more at risk of adolescent pregnancy due to going through puberty earlier and becoming sexually active at a younger age. Women who have missed out on their daddy’s love are also more at risk of developing depression.

It has been heart-warming to see the relationship blossom between my husband and our daughter over the last five and a half years. I recall standing at the door of our daughter’s bedroom one night as her father tucked her in and said goodnight. “Daddy, you’re my true love”, she said as she wrapped her tiny arms around his neck. Her dad is her prince, her protector, her supplier, and her true love. It brings me such joy to see how different my little girl’s experience is to my own.

Regrettably, like me, you will find millions of young girls growing up today without their daddy’s love. Their prince, provider and protector is not there to give his princess the special love that only a father can give. Today, up to around a half of marriages end in divorce. This means that lots of children are growing up in homes where they’re separated from one parent, most often their father. Unfortunately, in some cases, mothers are preventing their daughters from maintaining vital contact with their father due to the pain and bitterness of divorce. Sadly in many homes, instead of love, some girls are being abused by their daddy. Sometimes daddy’s present in the home but he just is not there for his daughters. Then there are the children conceived outside of a committed relationship who are being left to be raised by their mother. There are also many children being raised by their mothers, who select IVF in their desire for a child. Is it possible that lots of mothers in addition to fathers do not realise just how much their kids, no matter their gender, need both a mother, Orlando dead animal removal, and a father?

Unfortunately for me and my sisters, my father was a violent alcoholic who was ripped in my life when I was a kid. We did not even get to say goodbye. I have very few good childhood memories of him, but I remember how much my heart ached when there was no touch after we were separated. I grew up craving my dad’s love and found myself in painful relationships, feeling unworthy and starving for the love of a man. I went through two divorces, debilitating clinical depression, sexual abuse and domestic abuse.

Thirty-three years later, I had the chance to see my father as he put in a nursing home close to death. Thoughts of him brought up some painful memories, but I had managed to finally find happiness in my life. I was remarried with a gorgeous family. The timing was fantastic. He was a frail, broken old man, nothing like the man I had known and loved as a little girl. I went there hoping to help him during his last days but I did not realise just how much it would do for me. For the first time I ever remember, my dad told me he loved me. Thank God we were given this chance as he died only weeks later. I lost him, but this time, we must say goodbye.